When did you start abusing drink and drugs? 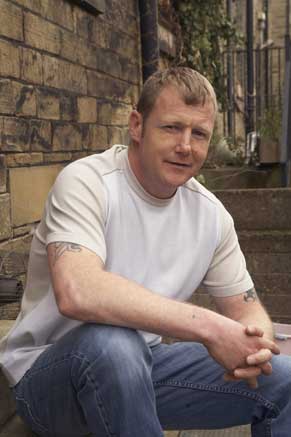 I started to experiment with drugs when I was about 12 or 13 years old. At first I used gas and glue as they were easy to get hold of. I liked the feeling they gave me but as I knocked about with older lads, I soon progressed to cannabis and alcohol. I always felt different from other kids and was always in trouble Basically, I did wrong from right. Out burgling and stealing and always in trouble with the police, in court even at this early age. I wouldn’t attend school so I was put into the care of the local authority.

I don’t know why. I started, I think, it was to fit in and, maybe, some peer pressure but it seemed to be the thing to do. Maybe I was just rebelling or perhaps, it was to fit in as all the lads I hung around with where older than me. But one thing I knew, I liked how drugs and alcohol made me feel. I suppose I was an addict from the start.

When did it become a problem?

It wasn’t a problem from the start, as I only did “party drugs” when I was home on leave from the army. Well, that’s what I thought. When I came home to my old friends they were still doing the same thing, committing crime, but I would still do the same anyway. So as you can imagine, it wasn’t long before I was in trouble myself. I eventually ended up being discharged from the army and went straight back to my old ways. I ended up in jail for aggravated burglary and sentenced to five and a half years in prison. That’s where I was introduced to heroin. I suppose it was peer pressure that I started to take it as I used to look at lads on my estate who took heroin and say “I will never end up on that”, but I did it anyway. You know what? I didn’t like it at first, it made me sick, but I kept on taking it as it was readily available in prison.

I did my sentence and got out in 1995. I didn’t even know where to get heroin from, so I just carried on as before, straight back to my old mates and carried on committing crime because that’s what you did from my estate. The lads I hung around with didn’t like people who took heroin so I stayed away from it for a while, but it wasn’t long before I found it and I started to use heroin on the sly. It started just once a week, but soon I was using daily.

I spent the next few years covering up my heroin use. Eventually it all came out and my family and friends found out. I went to Ireland to stay with my father to try and get clean. I didn’t know at the time but Dublin had a bad heroin problem. It was like going from the frying pan into the fire. I managed to get off heroin for a time but swapped to alcohol, though I did keep down a job for a few years. Eventually I ended up back using. I was admitted into residential rehab but I wasn’t ready at the time, so it didn’t work. I returned to my father’s and continued to use, committing crime to fund my habit. I ended up in prison again. When I was released, I was homeless and spent time as a hopeless addict, sofa surfing and sleeping on the street, still committing crime. I was arrested again but moved back to England before I was sent to prison.

Now back in England, I was arrested for a crime I committed before I’d gone to Ireland. I was sent to prison and I continued to use. It was like a revolving door, years in prison, a few months out and back in again and this was my life. I didn’t know a way out, I had had enough. I was sick of using and had been for years. I didn’t know anybody who had got clean and stayed clean. I had been in treatment for years. I felt like I had done a life sentence on a methadone script. My mental and psychical health was deteriorating. I needed help but didn’t know where to find it.

What made you get help?

I just couldn’t stop using. I couldn’t live with drugs and couldn’t live without them. My whole world had shrunk to my bedroom. I was a happy go lucky lad before I started to use heroin and crack, now I was tied to a chemist every day and was living in social isolation due to my mental health.

Why The Basement Project?

To be honest I had never heard of The Basement Recovery Project (TBRP). I was sitting in a crack house and one of my mates walked in who I hadn’t seen for a while. He looked well and I asked him “when did you get out?” [jail]. He said he hadn’t been in jail, that he was clean and that he had been attending a place called “The Corner”, where he had completed their recovery programme. He said if I attended their 20 week programme, after eight weeks they would get me a detox. I was told a detox would help get me into recovery. So I called down and had an assessment.

I had some work to do as I was on a high dose of methadone and needed to reduce. I spoke to my key worker and I started on a reduction plan. I started to attend the recovery programme and I completed eight weeks. In this time, I got down to a suitable dose of methadone and went for an inpatient detox. The detox lasted 21 days. When I look back it was easy but it didn’t feel it at the time.

When I returned from detox I started the abstinence programme. I never missed a session. I learned so much about addiction and why I could never stop and stay stopped before. I also attended “Here & Now” and NA meetings in the evening, meeting people who were also in recovery.

Where would you be now? 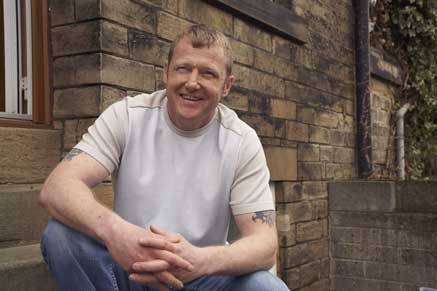 I would probably be in jail serving another sentence. Some people say TBRP saved their lives and I know this to be true. I don’t know if TBRP saved my life but it has definitely given me my life back!

How are you now?

I can’t believe my life today. All that was promised to me by my key worker has come true. With a bit of effort I got clean and have stayed clean. The old me is back. I started to volunteer at TBRP and from that, I now have job there. I am a recovery coach helping people get through the same problems I had.

“He who fights first and then looks for victory shows a supreme lack of intelligence.”