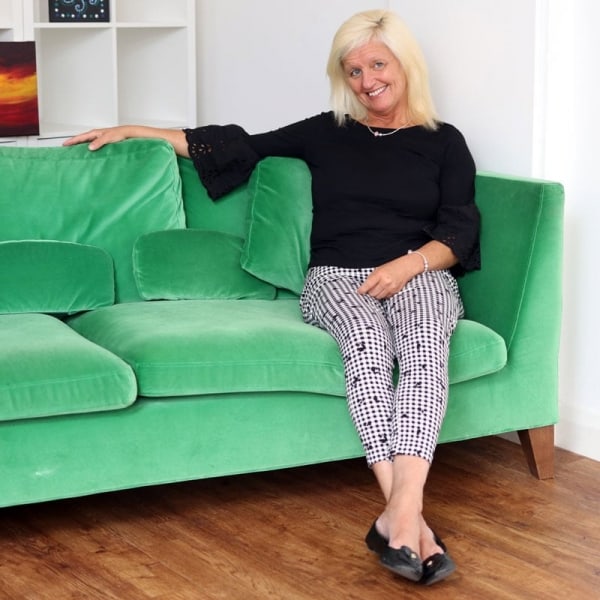 Abstinent: 12 Months (at time of publishing)

I have been very fortunate to have been brought up in a loving family, supportive and caring parents, two brothers and a sister. I was born in Australia after Mum and Dad emigrated from Halifax in ’69.

We moved back to the UK in ’75. I had a fun loving childhood, schooling in and around York and left school when I was 16 to study travel and tourism and hotel work at college in Leeds.

I began working as a trainee travel agent near York and continued this career when my family and I moved over to Halifax in ’87.

Drinking was the ‘norm’

I met my husband In a local bar in Halifax when I was 17 and enjoyed the clubs and pubs and music bars for several years. At this time, I enjoyed drinking socially.

I bought a local travel agency in the Calder Valley when I was 22 years old, which over the years I expanded and it became successful, winning ‘Independent Travel Agent of The Year’ in 2002.

Drinking was part of the norm in the travel industry, frequent all-expense paid trips and nights out were regular.  Also, the drink became a relaxant at the end of a busy and stressful day.

It got a grip

I had a son, Jacob when I was 28 and unfortunately the following year, I gave birth to a baby boy, Jordan who didn’t survive birth due to Edwards’ syndrome. My husband left the family home later that year, I was 1 month pregnant with my daughter, Naomi, Jacob was just two years old.

The travel industry suffered from disasters worldwide, from tsunamis to terrorist attacks, my own too from the floods in the Calder Valley – four times. Coupled with the general stress of running your own business, being a one parent family with two young children and other difficult situations lead my occasional drinking to become a daily requirement.  The progress of this illness had taken a grip on my life.

My drinking began to have an impact on work and family life.

I almost paid with my life

Helping a friend out with some work, she suggested I should take myself off to hospital. I wasn’t looking well, bright yellow in fact, and she was worried about me. Sure enough, I was given the news that my liver was failing and I was promptly checked in. One evening, one of the nurses, Anna, noticed I was walking a little strange. She thought I might have had a stroke.  A CT scan revealed I had a subdural hematoma.  I was immediately ‘blue lighted’ from Huddersfield to Leeds General Infirmary. At that point, my life was critical and I was given just hours to live. I spent a week in ICU before being transferred back to Huddersfield Royal.

I needed a fresh start

October ’17, seven weeks after going for a ‘checkup’, I left the hospital.  I came back to my home and decided I needed to get well. I needed to change my life for the better.  I came to The Basement Recovery Project in Halifax and started a journey to a new way of living – a life without alcohol.

I went through the 32 session Recovery Programme. I went to daily meetings including Here & Now and SMART groups. I volunteered in the kitchen to help with the Breakfast Club. Basically, any activity going I would give it a go, including doing the ‘Couch to 5k’ training.  Being around like-minded people in recovery, dealing with this illness and their own demons, gave me strength and hope.

Working on myself,  I began to realise that the easy part of recovery was putting the alcohol down, the hardest part of my recovery was dealing with my head, dealing with the hurts and stresses of the past and having to start living life on life’s terms.

I have just celebrated one year of being abstinent from alcohol, and gosh what a year – yes, tears and heartache but lots, and lots, of laughter too – I honestly can say I am the happiest I have been in a long time. Today I have a choice.

I have sold the old house and bought another and my children are loving our new home, both now studying in Universities in Leeds and both living with me. I have climbed mountains, got fit, did a ‘5k Color Run’, stayed healthy, made loads of new friends, renewed friendships and relationships with people I had isolated from through my addiction and just generally loving life. More recently, I’ve been part of a Channel 4 production, Rites of Passage, with Grayson Perry.

The Basement is a haven, it’s a safe place, a place to be open, honest, to get well and to be supported in many ways. We are so lucky in Calderdale and Kirklees to have such a great place.

I have so many people to thank for my recovery, especially The Basement Recovery Project in Halifax. They gave me the knowledge, the support and love to be the person I am today.  My message to anyone reading my story is that there is hope, and it can begin today if you reach out.  Make that first step, it’s worth it.

“The best time to plant a tree was 20 years ago. The second best time is now.” – Chinese proverb