The amazing volunteers at The Basement Recovery Project and Calderdale in Recovery are offering their help, experience and hope to others.

Navigating your way from active addiction and into recovery can be overwhelming, whether you are the person using or a friend or relative trying to help.

From Monday 24th August, we will have two dedicated support lines to help.  Becky’s line will be available for people who need that bit of extra support out of office hours (5pm – 10pm), or who may find themselves in crisis.  If you are struggling, don’t hesitate to call the line.

The carers line is for anyone affected by someone’s drinking or drug use (or both).  If you are needing help or advice, don’t know what to do or where to turn, you can call the Carers Support line.

Both lines are manned by people in recovery from drug/alcohol addiction or who have been affected by someone else’s. They have possibly been where you are now. 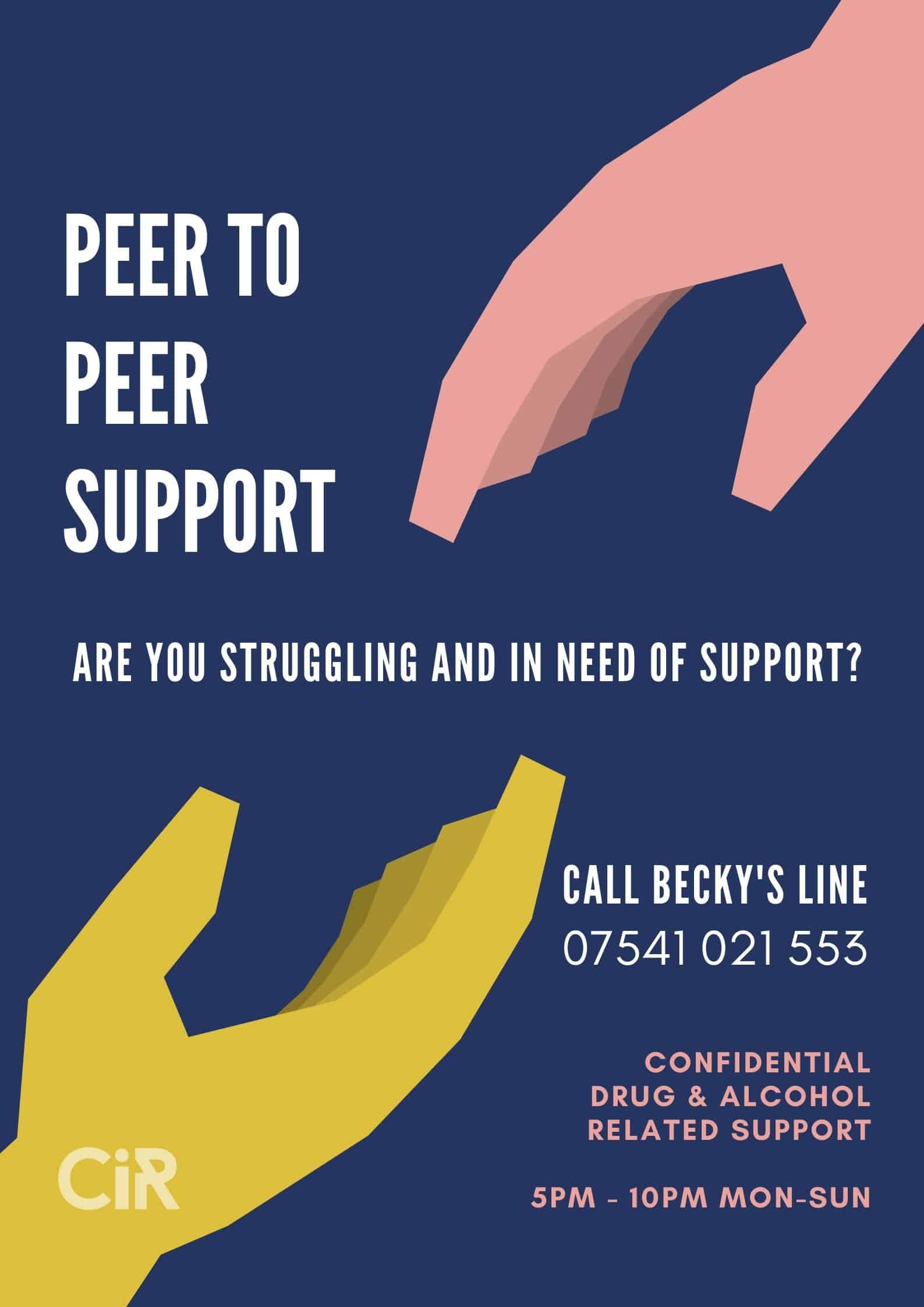 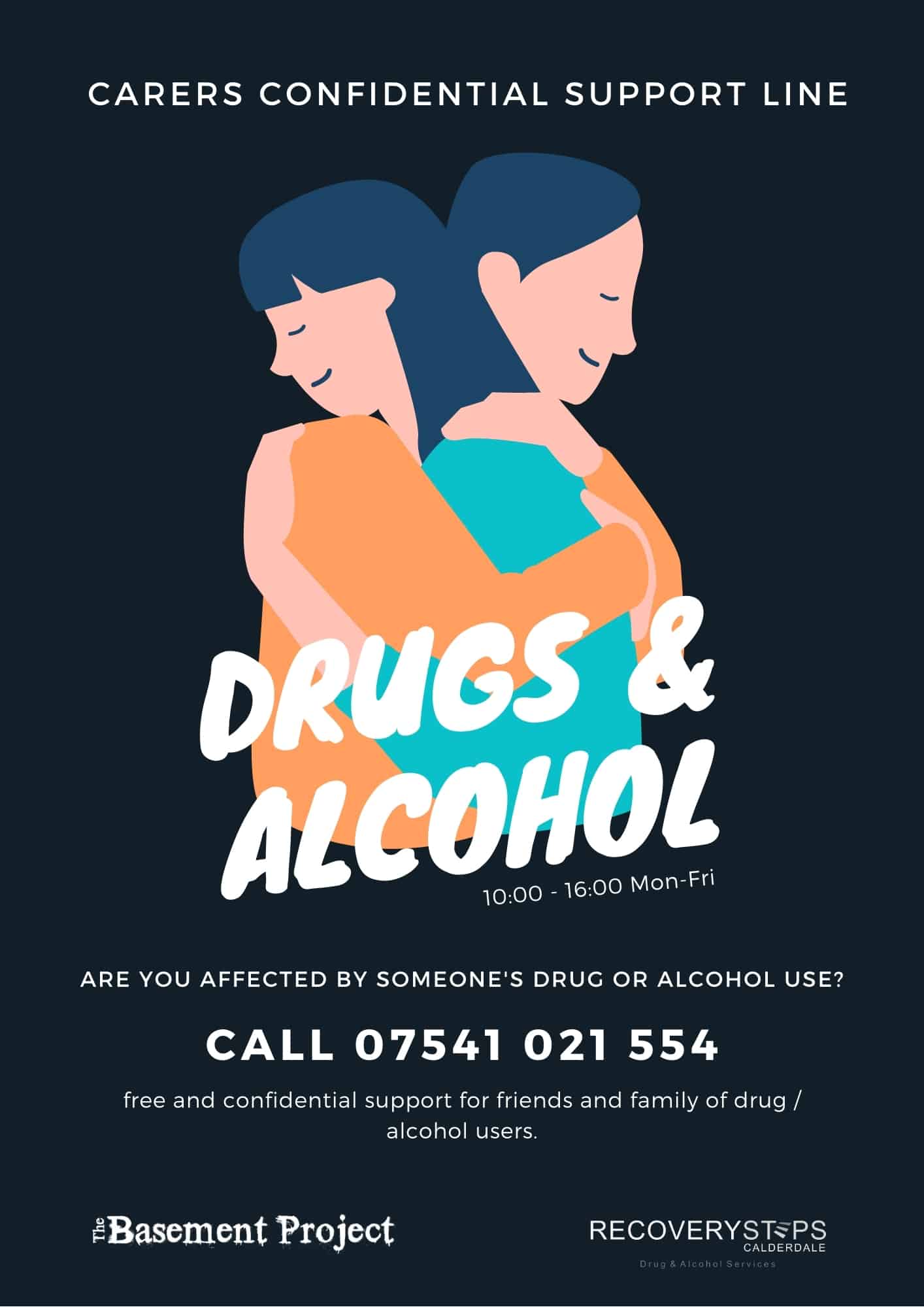 A new service to support people bereaved or affected by suicide goes live on Monday (2 December) across West Yorkshire and Harrogate. The service is a response to the fact that people bereaved by suicide are more likely to suffer from severe depression or post-traumatic stress disorder, or even adopt suicidal behaviours themselves.

The West Yorkshire and Harrogate Suicide Bereavement Service will provide support through one to one peer support, peer support groups and advocacy.

The new service, an extension of the Leeds Suicide Bereavement Service, is central to West Yorkshire and Harrogate Health and Care Partnership’s plan to improve bereavement support, while it works to reduce the numbers of suicides too.

Support on offer, which will enhance suicide bereavement support services across the region, will include practical advice and signposting to other much-needed services, for example, counselling or financial advice.

A number of workshops are running throughout December and are open to all, irrespective of a coroner’s conclusion. People will be able to self-refer to the service or be referred by other people such as funeral directors, police, coroners, or NHS staff across West Yorkshire and Harrogate.

Yorkshire and Humber has one of the highest suicide rates in the country. West Yorkshire and Harrogate Health and Care Partnership is driving a collaborative approach to reduce suicide and improve services. It is working towards reducing suicide by 10% across the region and by 75% in targeted areas.

Referrals can be made by visiting www.wyhsbs.org.uk or by calling 0113 305 5800. Practitioners will be based in Bradford, Harrogate, Huddersfield and Leeds but meeting locations will be flexible. Support groups will begin in December at the following locations:

People bereaved by Suicide in Leeds are able to access the linked Leeds Suicide Bereavement Service, funded by Leeds City Council. Referrals can be made by visiting www.LeedsSBS.org.uk or by calling 0113 305 5803. Leeds drop-in group is first Tuesday of every month, Civic Hall in Leeds City Centre, 6-8pm.

‘As someone personally affected by suicide, I understand the impact it can have on individuals, families and other people too. This service will provide essential help to those facing one of the hardest issues to face. This is something that I hope becomes less needed as we reduce suicides through our other work to help more people’.