The Basement Recovery Project is excited to announce a strategic partnership with The Hirsche Foundation.

The Hirsche Foundation is a local charity established to help the homeless in the West Yorkshire region. The definition of ‘homeless’ is not just ‘rough sleeper’ but also includes those in temporary accommodation, hidden homelessness (staying with friends, sofa surfing, etc.), those at risk of violence or abuse in the home, etc.

The Hirsche objective being:

The Basement Recovery Project and The Hirsche Foundation have formed a partnership that will help those struggling with addiction and who find themselves homeless or at risk of homelessness.

Please visit the Hirsche Foundation website and show your support.

Thank you, from all at TBRP.

I’d like to share with you all a brief story of our night sleeping outdoors to raise awareness and much needed funds for the rising homeless in Halifax.

Although the title may suggest a romantic story, other than a good sense of unity support and a few laughs, for me, it was quite the opposite. It was an eye-opening stark reminder of what might have been if I had continued on the road I was travelling. 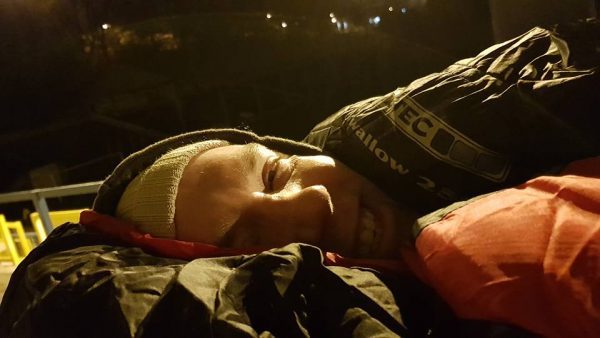 My son Luke and I arrived at the Shay Stadium at approx. 8:10pm. We were one of the first people to arrive, so we promptly found a bed for the night. We sat down on the shockingly cold concrete steps and were soon joined by our fellow campers; Kev, Fiona and their son Harrison (who is the same age as Luke, so they had some likeminded company other than myself – though I’m told I often act like a 12 year old). Paul and Gerald joined us soon after.

We settled in for the night, having great banter and some quite deep discussions … regarding addiction, would you believe?

The temperature was clearly dropping and after some sleeping bag malfunctions, we were witness to a speech from a SmartMove employee whose name escapes me, about just why we were all there and where the money goes and the difference we can make in people’s lives by simply attending events like this.

Quite a few people turned up although the numbers dwindled in the early hours. TBRP stood strong and finished the job. A lot of people couldn’t sleep and stayed up all night listening to music played by a talented gentleman and his guitar. Our very own Fiona couldn’t sleep because of the sounds of our snoring echoing around the stadium. 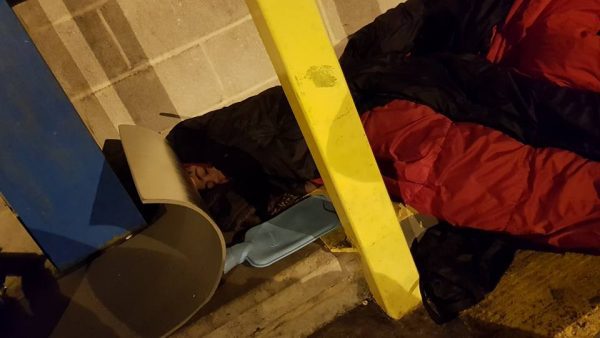 We left at 6:30am after breakfast was offered. On arriving home, I went straight to bed and tried getting some heat into my frozen aching body. Our night was just a small insight into the harsh reality of homelessness. We were dripped on, frozen, had aching bodies and had intermittent sleep in the space of 9 hours. We were glad to get home!

I cannot imagine having to do this every day, all day, not knowing where I will sleep or what I would eat, invisible to passers-by, being isolated, yet surrounded by others going about their daily routines. 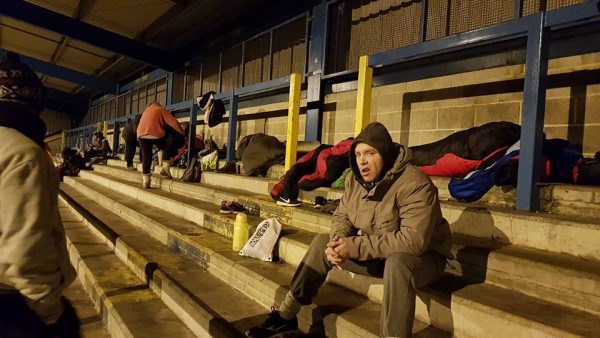 I really hope our small donation of our time and your sponsorship makes a difference in someone’s life. Thanks to Luke, Fiona, Kev, Harrison, Jed and Paul for a great night and an experience I won’t forget. You can continue to donate to SmartMove via their Localgiving page.