Feeding bellies not bins: Chloe Glover from the Huddersfield Daily Examiner helps out at the Real Junk Food Project Dewsbury

The smells of hearty Italian cuisine waft out onto the street. People chat and gather.

Close your eyes and you could be in the midst of the country or at least in a top class restaurant, about to enjoy a slap up meal.

But far away from the Mediterranean, this is all taking place at Union House on Union Street in Dewsbury.

It is where people are waiting for Kirklees’ first ever lunchtime cafe run by The Real Junk Food Project Cafe. They have started serving tasty and nutritious fare that has just been saved from the bin.

A team of volunteers who came together in June are behind the idea to use free surplus food from supermarkets, retailers and restaurants, which would otherwise have gone to landfill, to make meals that suit every budget on a pay what you feel basis. 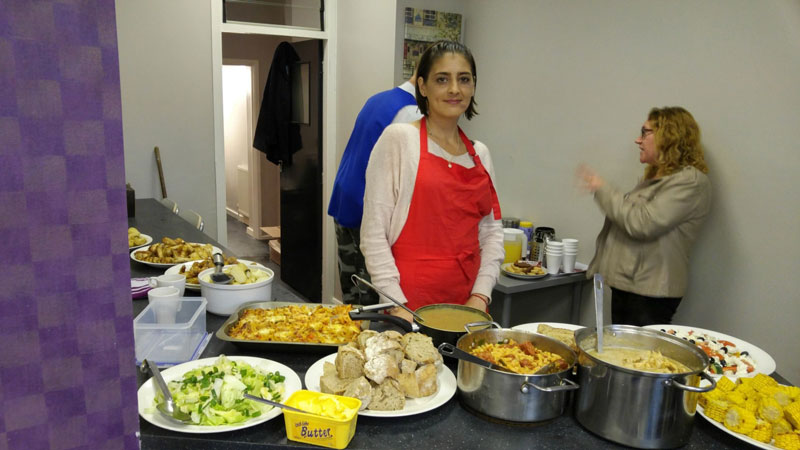 The aims of their project, which has the tag line ‘feed bellies not bins’, are simple– to banish food poverty from the area and stop needless food waste.

It is a mission that stems from concerning official figures from Kirklees Council, which state that one in five children are living in poverty in the region, while one in six working age adults claim one or more benefits linked to poverty.

Jo Stocks, an addiction recovery worker for the Basement Recovery Project based in the building and in Huddersfield, has volunteered to man the busy team.

They were busy picking up mystery ingredients from suppliers and turning them into meals within only a few hours like a real life Ready, Steady, Cook.

“It’s about bringing diverse communities together and giving people affordable and healthy food– we’ve got people travelling in not just from Dewsbury but from Huddersfield too.

“Hopefully this will show our suppliers what we do with their food and encourage more to get involved with our project.” 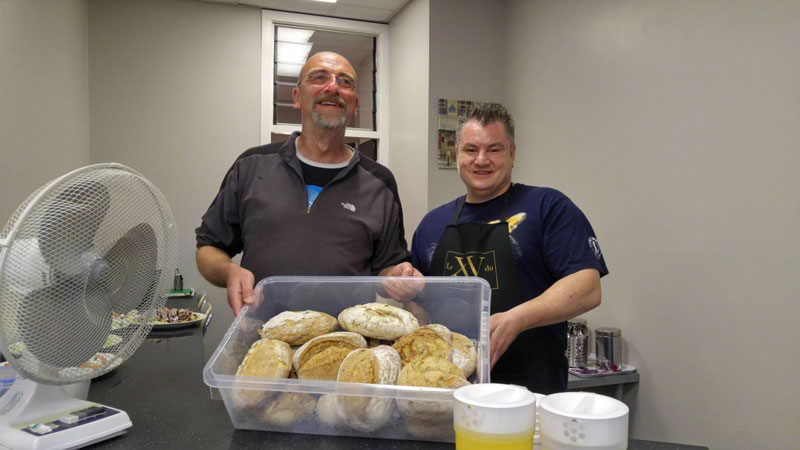 Morrisons, Sainsburys, Nandos and Brighouse Love Bread had all donated eatable ingredients for the pots, including sausage, chicken, vegetables, cakes and other food which was either unused at a restaurant or near to or just past its best before date.

And it was chef Martyn Wood, 50, who had used his imagination to create the day’s menu, which changes at every event depending on what is donated.

Vegetable soup, tarragon chicken, sausage casserole and vegetable bake were all bubbling away on the stove top, while Nandos chicken legs, potatoes and corn on the cob were cooking in the oven.

In the main room, now a dining area, half a dozen colourful salads lined the worktops. 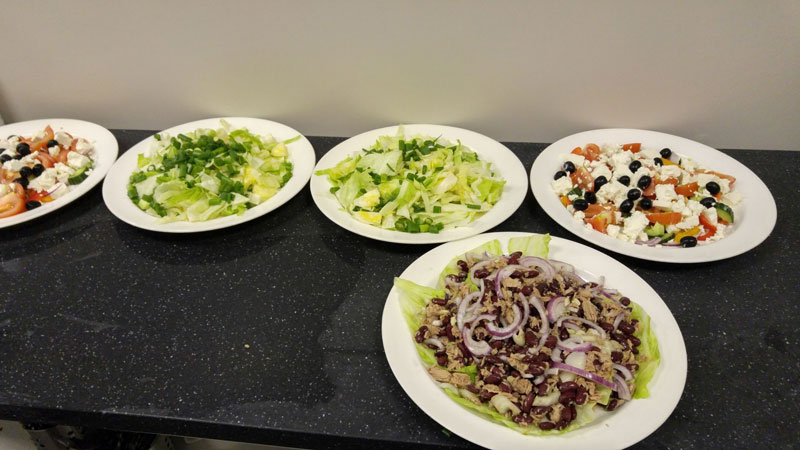 “It took me 10 minutes to decide it. I’ve owned dozens of restaurants and bars for over 20 years and have lived in Italy for several.

“I have been involved with the Basement Project and just wanted to help feed people who may not have enough money to eat well.”

The main room is full of people before the serving starts at 1pm with families, recovering addicts and passers by.

Dean Wilcox, a blind sports enthusiast, travelled from Knottingley to try it out.

“I think it’s a great idea– there’s so much needless waste in our world so it’s good to make use of it by feeding people and bringing people from all sorts of backgrounds together”, he said.

Claire Chesworth, a support worker for Stonham supported housing, which has a large complex in Huddersfield invited residents along.

“Many of my clients are on benefits so this is ideal and we hope it spreads to Huddersfield.” 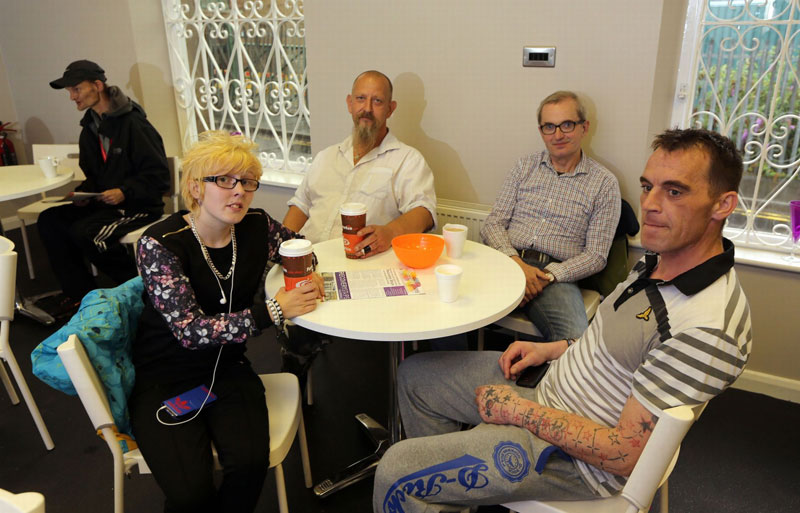 The project’s founder and social campaigner Paul Burr, already has hopes to open one up in the proposed dry bar and community hub in the old New Union Bank pub in the town.

He came up with the idea for the Dewsbury scheme through working with some of the poorest communities in the town and was inspired by a project of the same name, set up in 2013 in Armley by Adam Smith, a trained chef.

Linked projects have since been set up around the country.

“My aim is to totally eradicate food poverty in the area through this– it just shouldn’t exist”, he said.

“People pay what they can, so those on low incomes can pay less while some may choose to pay more.

“All the money is then used to keep the project running in the future. 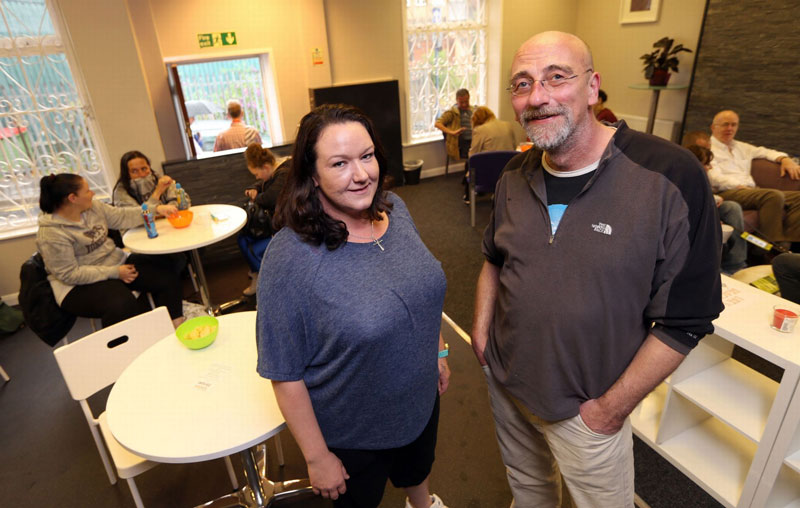 “We’ve also started running another pop up cafe in Dewsbury and seeing the success of these two so early on has made me start thinking about setting one up in Huddersfield with the Basement Project again.

“What we want now is to get more food retailers , organisations and volunteers to come and involved to help us reach even more people.

“One volunteer wants to set up a food night with live jazz music sets– there are lots of possibilities.

“I think to say that I can’t cook we’re doing rather well.”

To volunteer, work with or donate food to The Real Junk Food Project Dewsbury, click here. 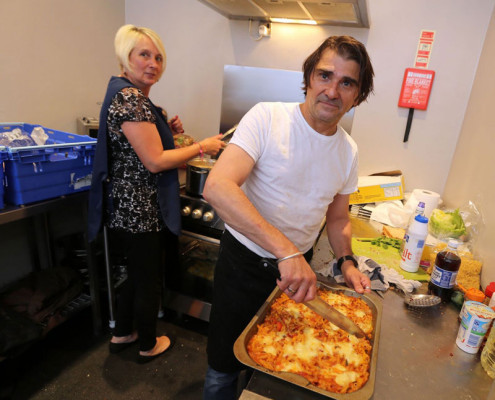 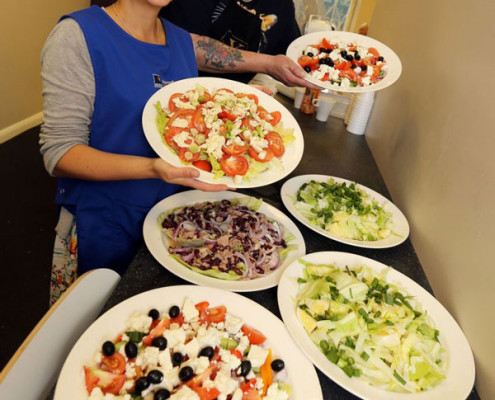 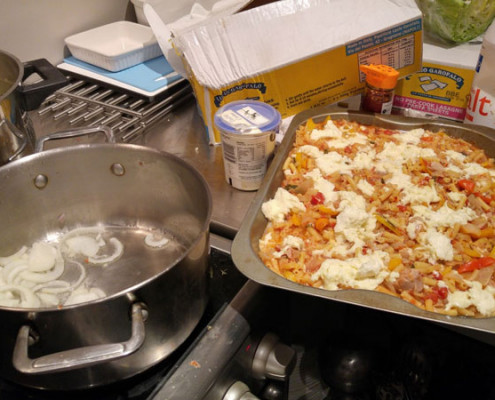 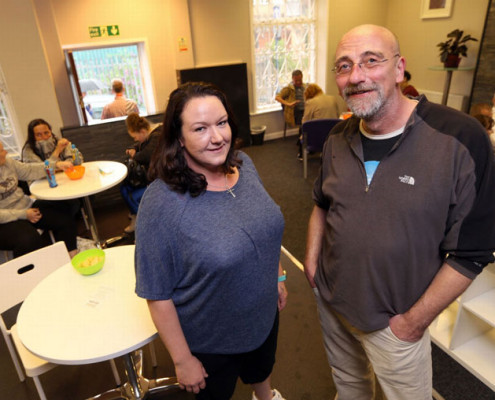 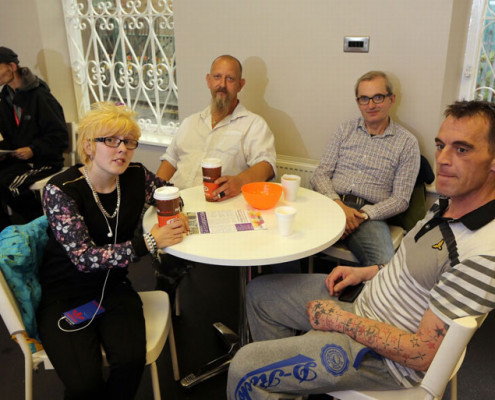 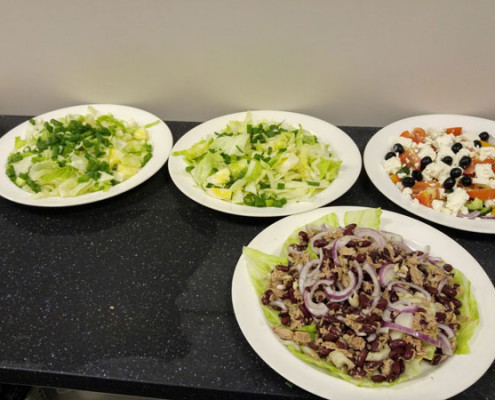 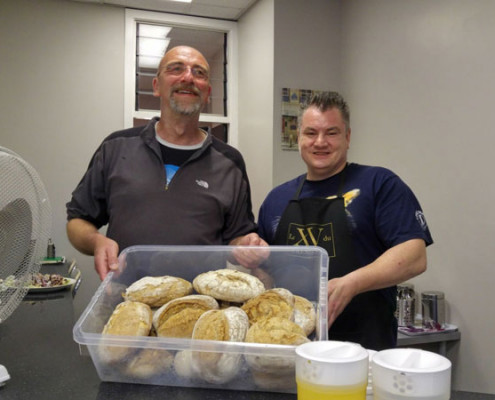 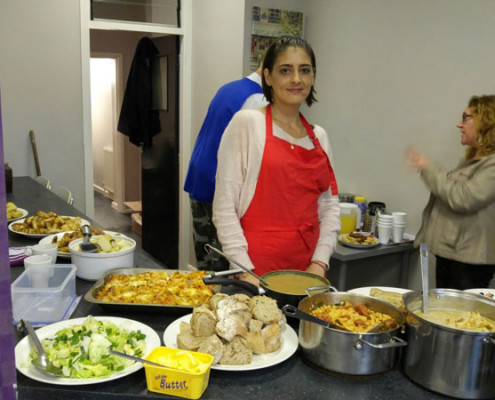 Original article by Cloe Glover of The Huddersfield Daily Examiner.

Thanks to them for permission to repost the article featured on their website, 1st September 2015. 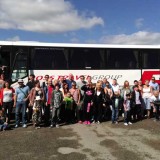 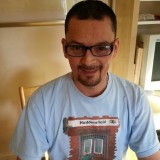