I knew something was very wrong with our relationship when I and my husband began to have frequent arguments and disagreements more often. I hated arguments about money, conflict always left me feeling uncomfortable, sad, confused and emotionally destroyed. It was worse when I realised that I could not prevent myself from getting angry or worrying about everything. What sent warning signals was when I began to get impatient with my own beloved children and shouting at them. What was happening to me if I could not stop myself shouting?

I lost appetite and had problems sleeping. I began to be late for work, the house began to appear unkempt and I grew more unhappy as I realised I was increasingly unable to do anything decisive or lasting about any of these situations.

An acquaintance I had met was quick to notice the physical deterioration in me and suggested Al-anon. I did not go right away as I did not associate my problems with the drinking, after all my husband was not drinking every day, nor slurring his words or staggering all over the place. But when the situation continued to get worse I reluctantly went to find this group, not really trusting that a group of people meeting at the back of a church could provide the help I needed.

When I heard the Al-anon preamble, I felt calmed down and had a sense of being in the right place for the first time. It was a relief to know that I was not alone and unique in this confusing type of suffering. Later, I was to learn that this is what is referred to as hope in the programme. When the steps were read, something told me that if I tried to practice the suggested steps, I would find peace again, I would recover.

I continued attending meetings and also found the Al-anon literature very helpful in putting what I was going through in their true perspective. I learned that the effects of the disease on the individual was to change the way they thought, felt and behaved making it impossible to be rational about their choices of what they said and did. That was where I was coming from. It was a great relief to hear that the person suffering from alcoholism was a sick person rather than a bad person. In Al-anon I learnt to differentiate between the person and the disease, to hate the disease but not the person. I kept hearing that compassion and kindness would work where other methods failed.

I soon began to reap the benefits of the programme. I gained the courage to stop carrying on with the self – defeating behaviours of shouting, nagging , hitting back, arguing that only made the situation worse for everyone involved. I gained the strength to stop doing things I did not want to do which allowed me to stop becoming the nasty person I had previously been developing into. In other words I began to have fewer things to be angry about, less things to feel ashamed or guilty about.

The home environment began to change. Order and peace began to slowly seep back. I began to regain sanity and serenity.

I no longer live with active alcoholism but I continue attending Al-anon meetings because I still need the healthy interchange, friendship and support that I find there.
I do not know what would have happened to me if that acquaintance had not encouraged me to at least go once to see whether it was for me. In Al-anon I have found a way “a new way of life” which allows me to make choices about how I want to live. It allows me to treat myself and others with respect and dignity.

Working the programme has not protected me from the challenges of life. I continue to have my share of life problems. The difference is, I have a higher power and a group of people who help me to pick myself up when I fall.

I know it is not possible to repay all that the programme has given me over the years. Fortunately, they say at the meeting that the only way to keep this programme is to give it away. Attending Al-anon meetings regularly and passing on the message whenever possible is one little way of showing the great gratitude I feel to the programme.

If you think your family is affected by alcoholism in anyway, the best advice is to seek outside help. There are resources including Al-anon. Get the help and support you need as alcoholism is too big for any of us to try to wrestle with without outside help.

When enabling is no longer an option 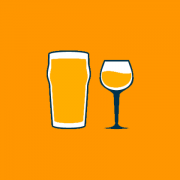 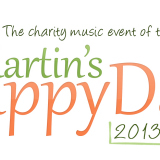